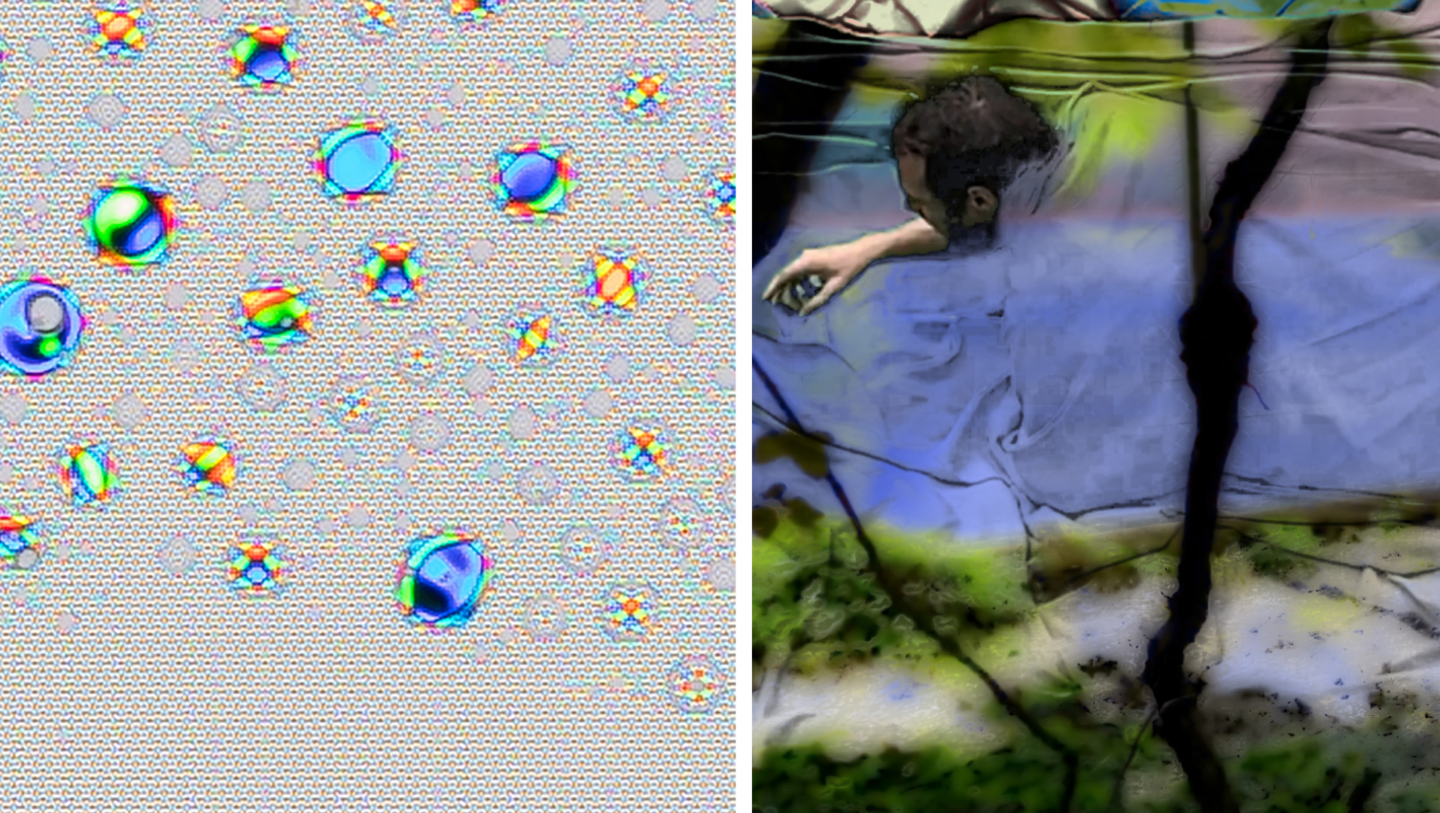 In her work, Jana Bernartová deals with the question of how technologies influence and condition our perception and at the same time how perceptions that we classify as a given reality can be in fact “virtual”.

Through her long term research and series of works and projects connected by the term Liquid Crystals the artist focuses on the issue of digital colours and their interpretation. Digital colour is virtual in its very nature, and is therefore realised differently on different devices and different displaying methods. The relativity of existence of colours which may very well lack the Platonic essence of absolute ideas, being subject to changeability of the framework of perception (physiologically as well as due to cultural and language systems used, as was pointed out for instance by Ludwig Wittgenstein) is made even more evident in relation to digital transfer. The universal digital colour expressed by means of unchanging code has, once it leaves the “black box”, various “incarnation” which show various deviations from their perfect digital archetype.

In her exhibition Thigh of a Moved Nymph for CEAAC Strasbourg Jana Bernartová selected specific colours that are not part of the commonly known “palette”, but have strong poetic and sensual connotations. She is playing with our senses to challenge them together with our notion of reality

> Jana Bernartová was born in 1983 à Liberec (Czech Republic), she lives and works in Prague.

Kevin Senant questions the links between different technologies. His research is based on studying users’ behaviors on new social networks, and on the fictional confrontation of a double source of information – images or texts – ta- king the form of interactive devices.

Through photography, video, performance or installation, the artist invites the spectators (often actors) to question the relationships they generate as users. He’s particularly interested in the continual movement of shared images, drawing as much from the narrative codes of cinema as from those of new communication systems.

Since 2019, Kevin has been conducting an investigation in physical and virtual spaces in order to understand the disappearance of Gilles Well, his former assistant, who vanished during a magic trick presumably poorly performed by the artist.

> Born in 1985, Kevin Senant graduated from HEAR in 2011. He currently works between Marseilles, Brussels and the Internet.