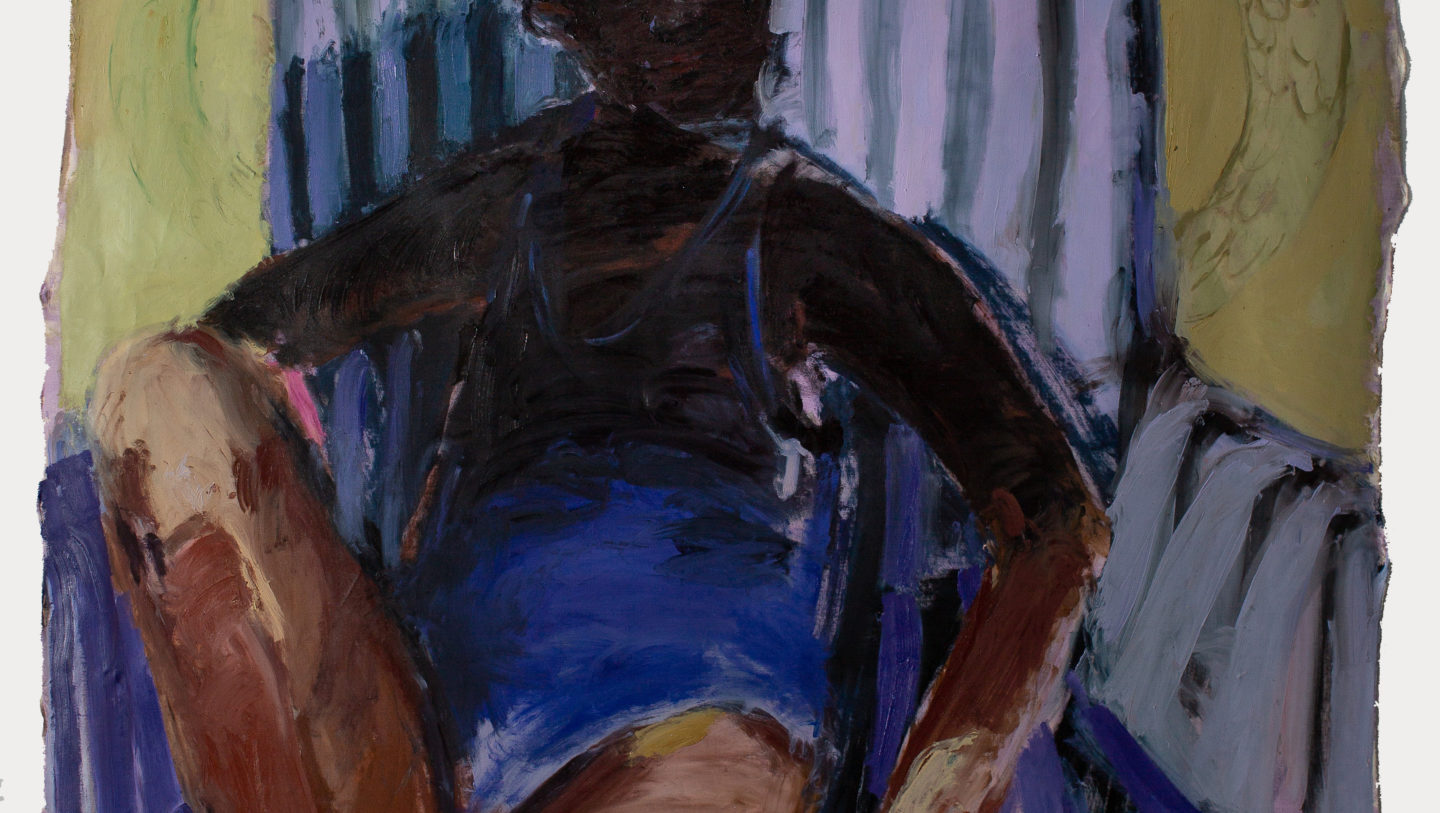 Luca Sára Rózsa is born in 1990. She lives and works in Budapest.

During my stay in Strasbourg I spent a lot of time alone, which resulted, on the one hand, in a permanent attempt to fight back my anxieties and, on the other, in a crazy activity in the studio, free and much relieved, since nobody was watching or expecting anything from me.
My painting revolves around humans. Although it depicts and represents, it is not mimetic in the classical sense. I am usually interested in a universal question (i.e. one which is not restricted to myself), frequently an existential one. While I express them in painting, my fictitious figures become symbols of something beyond them.

During the period of the residency program I was deeply influenced by the ongoing disputes and arguments about climate change but I tried to work up the subject from an apolitical point of view, placing man in general in the centre of my scrutiny.
My starting point: man’s omnipresence and extreme claim on the Earth, our hunger for unlimited power and possession.

In spite of globalisation and high tech, in spite of exploiting nature to the extreme and giving priority to our comfort even at the risk of wiping out other forms of life on Earth – our powers are ridiculously small when nature’s laws are manifested in a full-blown way.
Simultaneously, we possess truly devastating powers and we are no more than most comicly ephemeral creatures in the universe. While I was painting these pictures, I was angry as well as bitterly sorry for mankind. I placed my figures back into nature where they originally belong but their poor, naked, exposed bodies are broken up into pieces and absorbed by a snake-like vegetation that surrounds them.

WANNABE: „(…)One who copies or immitates all or most of the aspects dealing with their idol.(…) Most likely a wannabe is lacking in self–confidence and is looking for guidance.” (source : urbandictionary.com)

Once in a lifetime probably (perhaps?) everybody ends up, anguished, by asking him/herself the crucial question about the meaning of life, or rather, the purpose of it. What should motivate us to set our goals? And whose is the moral code that helps us determine our goals, knowing that, reaching the end, we face death, the denial of everything?
The self or the ego that is in the epicentre of individual existence is, as we all know, painfully temporary and this contrasts sharply with the relative permanence of the universe – as we see it.
My painting focuses on a self that battles with Camus’s absurd, a self that struggles and kicks and wants to be somebody but is consumed by merciless time and space. The English slang word „Wannabe” designates (besides other meanings) an individual with little self-confidence, who needs a role model or an idea to identify with and by doing so he manages to become somebody.